In Icarus, I perform for the camera, shooting the same gestures in both UV and visible light. Shot in two separate takes, the seven-minute video appears as a double projection. The video content depicts myself attempting to fabricate my own ephemeral wings, using feathers and elastic bands. The wings are built chaotically and with the intention to look not functional. Instead, the feathers became the center of attention: they touch my mammal skin, almost painfully, as they cut in it for the pressure of the elastic bands holding them.

I will never be able to see or fly as a bird does, yet it is a statement for a different conception of the more-than-human, one in which the chimera is the model. The chimera puts together different parts of diverse species, allowing new hybrids, intersections, and contacts rather than separation and categorization. The work is an embodied hybridizing, acted both physically with my body and visually with the overlapping of visible and UV light. 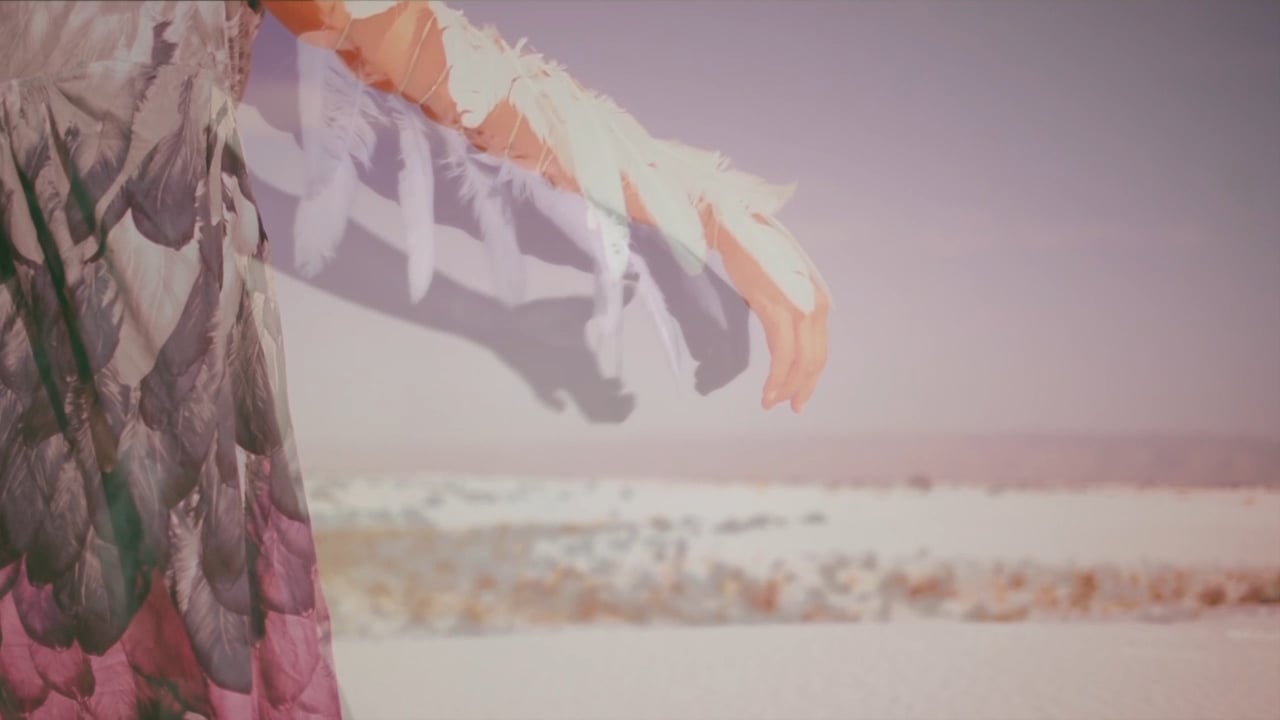